We live in terror of both the excess of meaning and total meaninglessness. Hence the hold which excessive events have on us, events which are to the banal context of social and personal life what the excesses of the signifier is to language in Levi-Strauss’s theory: namely, that which grounds it as a symbolic function, beyond equivalences of meaning (Baudrillard, [1999] 2001:134).

Primitive societies, which, not knowing power, were, according to Levi-Strauss, societies without history. What if we, the present global society, were once again in the shadow of integral power, to become a society without history? (Baudrillard ([2004] 2005:121).

Claude Levi-Strauss, known as the central figure in the emergence and refinement of structuralist thought, played an important role in providing an ambient structuralist meta-language against which later (poststructuralist) French Theory emerged. Like Baudrillard he did not allow observations from the ‘real’ world to prevent his more literary imagination from the writing of more elaborate hypotheses than the raw evidence appeared to demand. The Goncourt Prize Committee said his Tristes Tropiques (a philosophical deliberation concerning his years away from France, 1955) would have won if it had been fiction. The English translation is called A World on the Wane (1961, 2009). It begins: “I hate travels and explorers …”. Wonderful passages include his exposition on the tribal art of Brazil in relation to local marriage practices. His method openly acknowledged that often all we can do is piece together a series of fragments and more than these we will never know. The analytical Anglo Saxons derided him on this point but he knew, better than they, that most theories do not last beyond a few decades, no matter how scientific and supported by empirical evidence.

Levi-Strauss was drawn away from philosophy, at which he excelled as a student, by the thought of the Austrian-American anthropologist Robert Lowie, a student of Franz Boas who practiced a cultural relativist anthropology (see Lowie 1952 and 1966). What attracted him was Lowie’s view of primitive societies as rich veins of knowledge for undermining the self confidence of modernity and its evolutionary understanding of history as progress. Levi-Strauss spent a short stint in the 1930’s studying the Amerindians of Brazil including fieldwork among the Nambikwara and other Amazonian tribes. Among his conclusions was that the tribal potlatch paralleled Western Christmas in terms of its excesses and devastating impact on family finances (1949). What he found among the Amazonians reaffirmed his idea that the West had a good deal to learn about ourselves and our social systems from primitive cultures. The Nazi’s did their part to reassure his understandings of the savagery lying under the surface of modern societies, and he narrowly escaped to New York (1941), having just returned from the jungles to France where he found himself a persecuted Jew. He was inspired by Saussure but only to a point. Saussure’s influence is much more palpable in the writings of those who were to challenge him (Barthes, Derrida, Baudrillard etc.). During the quarter century between 1948 and 1973 he rose to the pinnacle of his field in France ultimately chairing the Social Anthropology Program at the Collège de France. He was often honoured and was elected to the French Academy. He had something of the literary flair of later French Theorists.

He understood humanity’s greatest contribution to be as collective myth makers and stood as a corrective against notions of individual genius. Our relationships with others, including animals, he believed, were better understood not in exploitive terms but in terms of mutual complexity. He also knew that everything we learn in any culture places limits on us as surely as it helps us to function. And just like the cultures he studied in Brazil were succumbing to famine and disease, so too the cultures of the West would some day pass into history. May 1968 only served to turn him off as stale and arrogant expressions of ideology always did – and he was not alone among French intellectuals to be repulsed by May (it certainly cemented the end of Baudrillard’s brief affair with Marxism).

His work was vague for some and it did draw many people, for a time, to “structuralism” – most of whom were, by Levi-Strauss’s understanding, structuralists only in name. As the term itself has fallen out of fashion so have those claiming it and a Levi-Straussian school did not develop. Despite his quest for the universals rooted in an Eternal Man (the ‘structures’ via which diverse humans reach similar solutions to problems, e.g. the incest taboo) – his was the kind of intellectual curiosity driven by a respect for alterity and a disgust for globalized culture or any kind of one-world monoculture. His appreciation of the intellectual capacities of so called primitives sits well alongside Frankfurt School thinking of the day which was devoting increased attention to the irrationality inherent in Western rational systems. Like all human systems he found ours to be another series of distortions of nature. There is no room for any superior Western civilization in Levi-Strauss’s thought as there is none for a noble savage. He, along with many other French thinkers of the twentieth century, played a role in making us aware of the tremendous yoke of humanism under which Western thought labours. He was probably quietly pleased that his critics grew to be far greater in number than his followers. He said he liked trees, plants, and animals very much, but was not terribly fond of humans.

Post structuralism came to displace structuralism and history became an even more vital analytical concept but Levi-Strauss continued to play on in the background. Derrida undermined any Levi-Straussian inspired nostalgia for a lost sense of human wholeness as well as a taste for binary oppositions. In “The Violence of the Letter” Levi Strauss finds himself inextricably tangled in Derrida’s deconstruction (Derrida, 1997:101-40). By the time we reach Of Grammatology and Barthes’ S/Z, Levi-Strauss’s structuralism is no longer tenable. His importance rests in having taken thought down a path (structuralism) which branched off into a more nuanced form of thought (poststructuralism).

Baudrillard referred to Levi-Strauss more than thirty times in his writings between 1970 and 2005. Levi-Strauss’s oeuvre often plays in the background while Baudrillard writes concerning several key concepts in the 1970s, including: advertising ([1968] 1996:182); systems of consumption ([1970] 1998:79); money’s increasingly speculative nature ([1976] 1993:21-22); the power of objects (Ibid.:66); the over-signification of art (Ibid.:75); sex versus the symbolic order of seduction ([1979] 1990:41); and the connected (and continuing) history of people and other animals (1983:133). Derrida, Bathes, and many others, like Baudrillard, had to pass through Levi-Strauss – there was no avoiding him anymore than one could avoid Freud, Saussure, or Marx. Like Levi-Strauss Baudrillard pointed out that the contemporary obsession for difference among white Europeans pointed to a very subtle kind of racism. These white Europeans are far more diverse and “mixed” than any of the world’s tribes they are so pleased to exalt for their difference (1997:122).

By the 1980s Baudrillard came to accuse Levi-Strauss of an obsession with meaning which was willing to sacrifice archaic societies for his Western structuralist logic. Baudrillard was among those who exposed Levi-Strauss for overlaying of a Western code on archaic and primitive societies under the “guise of mental structures that are common to the whole human race. They will thereby be better prepared to receive the baptism of the Occident” (Baudrillard, 1983:158). Like most major post structuralist thinkers Baudrillard took Levi-Strauss seriously. As with most thought which he assessed in great detail (including Freud, Lacan, and Marx) he eventually came out against Levi-Strauss’s system.

The role Levi-Strauss played in Baudrillard’s thought was one played by many other leading thinkers and writers of the time – as a provider of concepts upon which Baudrillard elaborated further by pressing them to the sharp edge of the contemporary. An excellent example occurs in The Perfect Crime where he refers to Levi-Strauss’s idea of two types of culture “those which introject and absorb, which devour – anthropophagic culture – and those which spew out, eject, anthro-emic cultures, modern cultures” (1996:36). Baudrillard takes these terms and says that our contemporary culture “seems to effect a brilliant synthesis of the two: of the most extreme integration – of functions, spaces, and human beings – and the most radical rejection, quasi-biological rejection – the system expelling us, even as it integrates us, into countless technological prostheses…” (Ibid.).  At many times in his writing Baudrillard finds Levi-Strauss’s concepts irresistible but deploys them differently. A good example of this occurs when Baudrillard appropriates Levi-Strauss’s “significant flottant” – the floating signifier of language and speculates on today’s “insignificant flottant” – the floating “insignifier of politics: mass political indifference – not even protest but refractoriness. And what it refracts is the hidden side of politics, the side that eludes the artificial light of the electoral system” (2006:53). It is important to note however that Baudrillard refuses to analyze primitive cultures as if the same structures were at work among them as in European cultures. Only European cultures devised a notion of the ‘real’. For the symbolic order of the primitive the world remains a radical illusion.

Levi-Strauss, said Baudrillard: “is the shaman of a written culture which feeds on societies without writing” ([1990] 1996:25). In his own time, in his own culture, Levi-Strauss became a kind of spectacular oratorio in his televised interviews (Baudrillard, 1993:201). He was amused that some around the world continued to believe that he was also a global garment company: “Not a year goes by without my receiving an order for jeans” he once told an interviewer.

His thought will remain important for some time – as a kind of ambient metalanguage against which contemporary thought continues to play – not unlike his role in Baudrillard’s thinking and post structuralist thought generally. Baudrillard, in his own ironic manner, was not certain that we are finished with him just yet:

As for Levi-Strauss, he is immortal. From the depths of his academic immortality he is awaiting the return of the societies with no writing. Perhaps he does not have long to wait. For the coming society, computerized and illiterate, will also be a society without writing. It is our future primitive society ([2000] 2002:65).

Baudrillard had discovered this contemporary primitivism in America (the “primitive society of the future”) when he, like Levi-Strauss among the Amazonians, wondered what this last remaining primitive society might tell France and the rest of the West about their futures (1986:7). 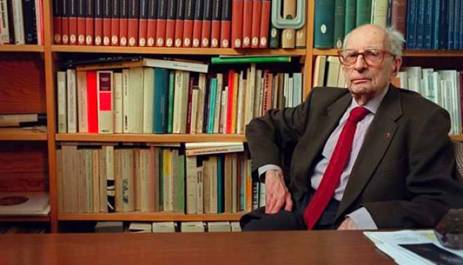