Into The Networked World

We cannot be done with viruses as long as the ontology of network
culture is viral-like (Jussi Parikka, The Universal Viral Machine).

One could be forgiven for assuming that a book with this title would be of sole interest to those sniggering horn-rimmed programmers who harbor an erudite loathing of Bill Gates and an affection for the Viennese witch-doctor. Actually, it is a rather game and enthralling look, via a media-ecological approach, into the acutely frightening, yet hysterically glittering, networked world in which we now reside. A world where the distinct individual is pitted against – and thoroughly processed by – post-human semi-autonomous software programs which often ferment anomalous feelings of being eaten alive by some great indifferent artificiality that apparently functions semi-independently as a natural being.

Though no J. G. Ballard or William S. Burroughs, Jussi Parikka nevertheless sucks us into a fantastic black tour-de-force narrative of virulence and the cultural history of computer viruses1 , followed by innumerable inquisitive innuendoes concerning the ramifications for a creative and aesthetic, if post-human, future. Digital Contagions is impregnated with fear and suspicion, but we almost immediately sense that it also contains an undeniable affirmative nobility of purpose; which is to save the media cultural condition – and the brimful push of technological modernization in general – from catastrophically killing itself off.

This admirable embryonic redemption is achieved by a vaccination-like turning of tables, as Parikka convincingly demonstrates that computer viruses (semi-autonomous machinic/vampiric pieces of code) are not antithetical to contemporary digital culture, but rather essential traits of the techno-cultural logic itself. According to Parikka, digital viruses in effect define the media ecology logic that characterizes our networked computerized culture in recent decades.

We may wish to recall here that for Deleuze and Guattari, media ecologies are machinic operations (the term machinic here refers to the> production of consistencies between heterogeneous elements) based in particular technological and humane strings that have attained virtual consistency. Our current inter-network ecology is a comparable combination of top-down host arrangements wedded to bottom-up self-organization where invariable linear configurations and states of entanglement co-evolve in active process. Placing the significant role of the virus in this mix in no uncertain terms, Parikka writes that, “the virus truly seems to be a central cultural trope of the digital world”.2 Indeed digital viruses are recognized by Parikka as the crowning culmination of current postmodern cultural trends – as viruses, by definition, are merger machines based on parasitism and acculturation. So it is not only their symbolic/metaphoric power that places them firmly in a wider perspective of cultural infection; it is their formal structure, in that they procure their actuality from the encircling environment to which they are receptively coupled.

Moreover, with the love of an aficionado, Parikka lucidly demonstrates that computer viruses are indeed a variable index of the rudimentary underpinning on which contemporary techno culture rests. He astutely anoints the indexical function of the virus by establishing not only its symbolic melancholy power in relation to the human body and sex, but by folding the viral life/nonlife model3 into key cultural areas underlying the digital ecology; such as bottom-up self-organization, hidden distributed activity and ethereal meshwork. In that sense Parikka describes network ecology as both actual and virtual, what I have elsewhere identified as the viractual. (Briefly, the viractual is the stratum of activity where distinct actualizations/individuations are materialized out of the flow of virtuality.) But some viruses do not simply yield copies of themselves, they also engage in a process of self-reproducing autopoiesis: they are copying themselves over and over again but they can also mutate and change, and by doing so, Parikka maintains, reveal distinguishing aspects of network culture at large.

I would add that they mimic the manneristic aspects of late post-modernism in general, particularly if one sees modernism as the great petri dish aggregate in which we still are afloat. So computer viruses are recognized here as an indexical symptom also of a bigger cultural tendency that characterizes our post-modern media culture as being inserted within a modern (purist) digital ecology. This aspect provides the book with a discerning, yet heterogeneous, comprehension of the connectionist technologies of contemporaneous techno culture.

But beyond the techno-cultural relevance, the significance of the viral issues in Parikka’s book to all cultural production is evident to anyone who has already recognized that digitalization has become the universal technical platform for networked capitalism. As Parikka himself points out, digitalization has secured its place as the master formal archive for sounds, images and texts.4 Digitalization is the double, the gangrel, that accompanies each of us in what we do – and which accounts for our cultural feelings of vacillating between anxiety and enthusiasm over being invaded by something invisible – and the sneaky suspicion that we have been taken control of from within. 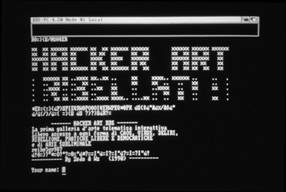 Digital Contagions genealogical account is proportionately impressive, as it devotes satisfactory space to the discussion of historical precedent; including Turing machines, Fred Cohen’s pioneering work with computer viruses, John von Neumann’s cellular automata theory (i.e. any system that processes information as part of a self-regulating mechanism), avant-garde cybernetics, human immunodeficiency virus (HIV), the Creeper virus in the Arpanet network, the coupling machines of John Conway, the nastily waggish Morris worm, Richard Dawkins’s meme (contagious idea) theory; and even the under known artistic hacks of Tommaso Tozzi. Furthermore, the viral spectral as fantasized in science fiction is adequately fleshed out, paying deserved attention to the obscure but much loved (by me, anyway) 1975 book The Shockwave Rider by John Brunner and the celebrated cyberpunk novel by Neal Stephenson, Snow Crash; among other speculative books and hallucinatory films.

But the pinnacle of interest, for me, of this engaging and educative read is its conclusion where Parikka sketches out an alternative radical media-ecological perspective hinged on the viral characteristics of self-reproduction and a coupling of the outside with the inside typical of artificial life (a-life). He correctly maintains that viral autopoiesis undertakings, like Thomas S. Ray’s Tierra virtual ecology 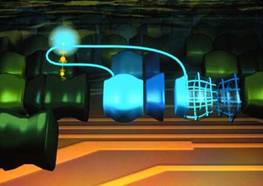 art project, provides quintessential clues to interpreting the software logic that has produced, and will continue to produce, the ontological basis for much of the economic, political and cultural transactions of our current globalizing world.

Here he has rendered problematic the safe vision of virus as malicious software (virus as infection machine) and replaced it with a far more curious, aesthetic and even benevolent one; as whimsical artificial life (a-life). Using viral a-life’s tenants of semi-automation, self-reproduction, and host quest; Parikka proposes a living machinic autopoiesis that might provide a Moebius strip like ontological process for culture.

Though suppositional, he bases his procedure in formal viral attributes – not unlike those of primitive artificial life with its capability to self-reproduce and spread semi-autonomously (as viruses do) while keeping in mind that Maturana/Varela’s autopoiesis contends that living systems are an integral component of their surroundings and work towards supporting that ecology. Parikka here picks up that thread by pointing out that recent polymorphic viruses are now able to evolve in response to anti-virus behaviors. Various viruses, known as retroviruses,5 explicitly target anti-virus programs. Viruses with adaptive behavior, self-reproductive and evolutionary programs can be seen, at least in part, as something alive, even if not artificial life in the strongest sense of the word. Here we might recall John Von Neumann’s conviction that the ideal design of a computer should be based on the design of certain human organs – or other live organisms.

The artistic compositional benefit of his autopoiesic virality theory, for me, is in allowing thought and vision to rupture habit and bypass object-subject dichotomies. I wish to point out here that although biological viruses were originally discovered and characterized on the basis of the diseases they caused, most viruses that infect bacteria, plants and animals (including humans) do not cause disease. In fact, viruses may be helpful to life in that they rapidly transfer genetic information from one bacterium to another, and viruses of plants and animals may convey genetic information among similar species, helping their hosts survive in hostile environments.

Already various theories of complexity have established an influence within philosophy and cultural theory by emphasizing open systems and adaptability, but Parikka here supplies a further step in thinking about ongoing feedback loops between an organism and its environment; what I am tempted to call viralosophy. Viralosophy would be the study of viral philosophical and theoretical points of reference concerning malignant transformations useful in understanding the viral paradigm essential to digital culture and media theory that focuses on environmental complexity and inter-connectionism in relationship to the particular artist. Within viralosophy, viral comprehension might become the eventual – yet chimerical – reference point for culture at large in terms of a modification of parameters, as it promotes parasite-host dynamic interfacings of the technologically inert with the biologically animate, probabilistically. So the decisive, if dormant, payload that is triggered by reading this book, for me, is an enhanced understands of pagan and animist sentiment which recognizes non-malicious looping-mutating energy feedback and self-recreational dynamism that informs new aesthetic becomings which may alter artistic output. Possibly heuristic becomings6 that transgress the established boundaries of nature/technology/culture and extend the time-bomb cognitive nihilism of Henry Flynt. This affirmative viral payload forces open-ended multiplicities onto art 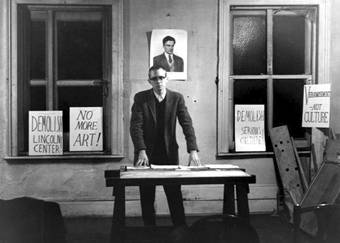 that favor new-sprung conceptualizations and rebooted realizations. Here the artist comes back to life as spurred a-life, and not as a sole articulation of the pirated environment of currency. So the so-called art virus is not to be judged in terms of its occasional monetary payload, but by the metabolistic characteristics that make art reasonable to discuss as a form of extravagant artificial life: triggered emergence, resilience and back door evolution.

About the Author
Joseph Nechvatal is Professor of Theory of Art at The School of Visual Arts in New York City and The Stevens Institute of Technology, Hoboken, New Jersey, USA.

Endnotes
1 – A computer virus is a self-replicating computer program that spreads by inserting copies of itself into other executable code or documents. A computer virus behaves in a way similar to a biological virus, which spreads by inserting itself into living cells. Extending the analogy, the insertion of a virus into the program is termed as an “infection”, and the infected file, or executable code that is not part of a file, is called a “host”.

3 – Scientists have argued about whether viruses are living organisms or just a package of colossal molecules. A virus has to hijack another organism’s biological machinery to replicate, which it does by inserting its DNA into a host.

5 – Retroviruses are sometimes known as anti-anti-viruses. The basic principle is that the virus must somehow hinder the operation of an anti-virus program in such a way that the virus itself benefits from it. Anti-anti-viruses should not be confused with anti-virus-viruses, which are viruses that will disable or disinfect other viruses.

6 – A heuristic virus cleaner works by loading an infected file up to memory and emulating the program code. It uses a combination of disassembly, emulation and sometimes execution to trace the flow of the virus and to emulate what the virus is normally doing. The risk in heuristic cleaning is that if the cleaner tries to emulate everything, the virus might get control inside the emulated environment and escape, after which it can propagate further or trigger a destructive retaliation reflex.