She was born in Casablanca on the same day in 1935 as her eventual partner Christo Javacheff (Gabrovo, Bulgaria). They met in 1958 and soon after formed a lasting partnership which made a unique contribution to art. By the time she met him Christo had come to grips with the death of the avant-garde in abstraction and had, like Rauschenberg and several others, decided to press on as an artist devoted to process. When Jeanne Claude fell in love with Christo it seems to have been because she also fell in love with his idea of what it meant to be an artist. In short, she came to share his understanding of the making of art as a love of aesthetic process and the pleasure to be gained from transforming appearances. From 1961 until her death she was the principle collaborator on all the outdoor works leaving indoor projects to Christo (Pagliasotti, 2002:2). 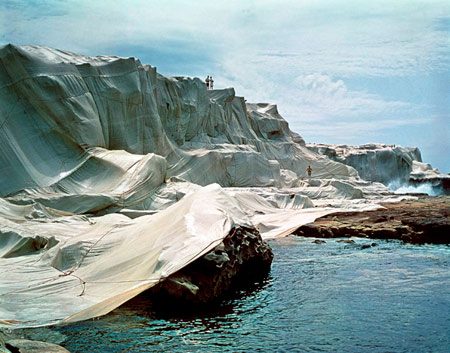 In recent years we have come to understand that she was not simply the woman  behind the great man but had long played an equal role in the making of their art (including the often excruciating negotiations with politicians and bureaucrats to gain permission for monumental public works). Wrapping the Reichstag required she and Christo to lobby every sitting German MP (in person and/ or via telephone) prior to the vote which allowed the work to go ahead. After several years of planning and lobbying, and a 70 minute debate followed by a vote in parliament, 100,000 square meters of fabric and 15 kms of rope eventually settled over the building and we saw it as we had never seen it before. When they first began to work together the couple showed work under Christo’s name because even his acceptance in the art world was marginal at best in the early 1960s and they thought it better to trade simply on it alone. Eventually, in 1994, the couple revealed that since 1961 (Dockside Packages, Cologne Harbour), she had shared in making the outdoor works. For two decades now we have become accustomed to works associated with the artistic couplet “Christo and Jeanne-Claude” and when we see that name our expectations instantly rise. Christo and Jeanne-Claude problematized the meaning of art by making it in the most public manner possible. Enshrouding a building or a bridge had the effect of drawing people into a dialogue about why they like art or do not and whether such a project can even be considered to be art. The point of their art was to make things disappear in order to point to how when something disappears something else immediately appears (Baudrillard [2000] 2002:113). 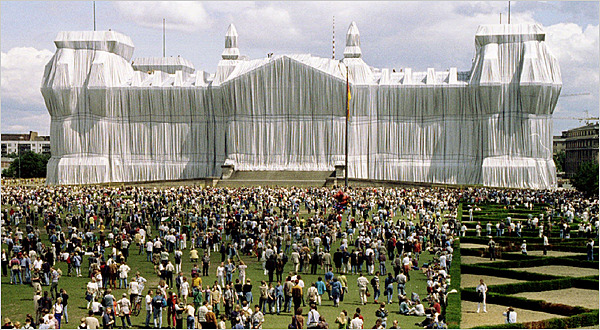 Jeanne-Claude enjoyed people and liked to forge connections between them. She took great satisfaction, despite the enormous wrangling, controversy, and effort, in the wrapped Reichstag (Berlin, 1995) because it was a work that required many hundreds of people to complete on the site – many of whom were volunteers who showed up to help make a vast public work of art. If the work had a message perhaps it was simply that it takes many people to wrap a Reichstag. She eschewed meaning and like any good inhabitant of our poststructural times said “our work has absolutely no purpose, except to be a work of art. We do not give messages” (The Telegraph, 2009). She and Christo produced work that drew attention to surfaces and appearances. As Baudrillard reminded us: “…it is difficult to produce both meaning and appearances” (1997:33).

Jeanne-Claude and Christo became a vital part of the zeitgeist of the age in which poststructuralism came to the fore. They seemed to share with many leading theorists the idea that we do not know the real but merely the appearances behind which it hides (see also Baudrillard ([1995] 1996:1). And what appearances they created: 11 encased islands in Miami’s Biscayne Bay (1972); a 24 mile long “running-fence” in California (1976); 3000 yellow and blue umbrellas, each 15 feet in height, erected simultaneously in Japan an California (1991); a wrapped Pont Neuf in Paris (1985); The Gates, a work stretching 23 miles along pathways in New York’s Central Park, and many others. At the time of her death the couple were planning a project called “Over the River”, a series of long pieces of fabric for to be suspended over a section of the Arkansas river in Colorado and a work called The Mastaba a mound of 400,000 oil barrels configured into the form of a truncated pyramid for the United Arab Emirates. The Mastaba has been in the works since 1978 and The Gates began in 1979. The Mastaba is their only work intended to last for a long time, a projected 4000-5000 years (Pagliasotti:3). 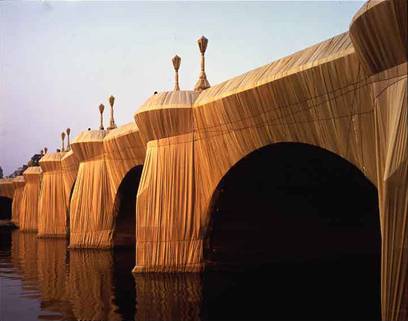 Jeanne-Claude was proud to have created the works for she and Christo first and foremost as expressions of joy and beauty. The fact that many other people enjoyed the work was an additional benefit albeit a secondary concern. For a time in which the monumental has become taken for granted, and often takes prosaic form, Jeanne-Claude and Christo seem to have envisioned the poetic aspects of the very large. In their own manner they have been part of the background music which has played over architectural innovations in recent years as we have come to understand the monumental in more intimate and poetic ways (think of Frank Gehry or Zaha Hadid for example). Jeanne-Claude and Christo did not work with found objects but rather they transformed existing places and structures. Their works were as transitory as they were huge lingering only a short while before disappearing – like rainbows. Jeanne-Claude said that the temporary nature of their work was an effort to express the human love and tenderness for things which do not last (Pagliasotti:2).

From Christo and Jeanne-Claude we received large poetic works and it is now impossible to imagine art at the turn of the millennium without both of them. It remains to be seen whether Christo will persevere with large outdoor works in the absence of Jeanne-Claude. If not we may well be forced to conclude that, despite the enormous significance of their art, their greatest work was the incredible intellectual partnership that made so many magnificent artworks possible. 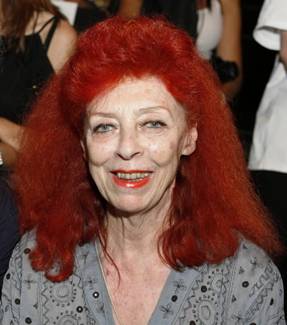 About the Author
Dr. Gerry Coulter is from Bishop’s University, Sherbrooke, Quebec, Canada.